Delicious Rainbow Veggie Vegan Pizza- tastes as good as it looks! Top this vegan pizza with your favorite rainbow of colorful veggies for the ultimate slice!

Pizza is one of my favorites and I thought I was going to have to give it up when I went vegan. I tried several frozen vegan pizzas, but I found them disappointing. They were always way too salty and there were never any good toppings.

Making pizza from scratch may seem intimidating, but it’s actually quite simple!

This fully customizable and family-friendly pizza is sure to be a hit! Top with your favorite veggies and vegan cheese.

This recipe starts with my Easiest Vegan Pizza Dough. It contains 6 ingredients and it’s so easy to make! I always keep a ball ready in the refrigerator. It also can be frozen for up to 2 months.

Spread on the pizza sauce stopping approximately 1/2 inch before the edge of the crust. Sprinkle the vegan mozzarella cheese on top.

Note- when you cut the veggies, make sure they are a similar size/thickness. This will ensure that they cook evenly.

To cook your pizza in the oven:

Preheat the oven to 450°F for at least 30 minutes. Dust the surface of the pizza stone, pizza pan or thick baking sheet with flour or cornmeal to prevent the dough from sticking. Transfer the pizza to the cooking surface using a pizza peel. Bake until the crust is golden brown approximately 10-15 minutes.

To cook your pizza on the grill:

Heat the grill. You want it to be at least 500 degrees Fahrenheit. Cook the pizza for 5-8 minutes. It’s important to keep an eye on it because it can burn quickly. Grill until the crust is golden brown. 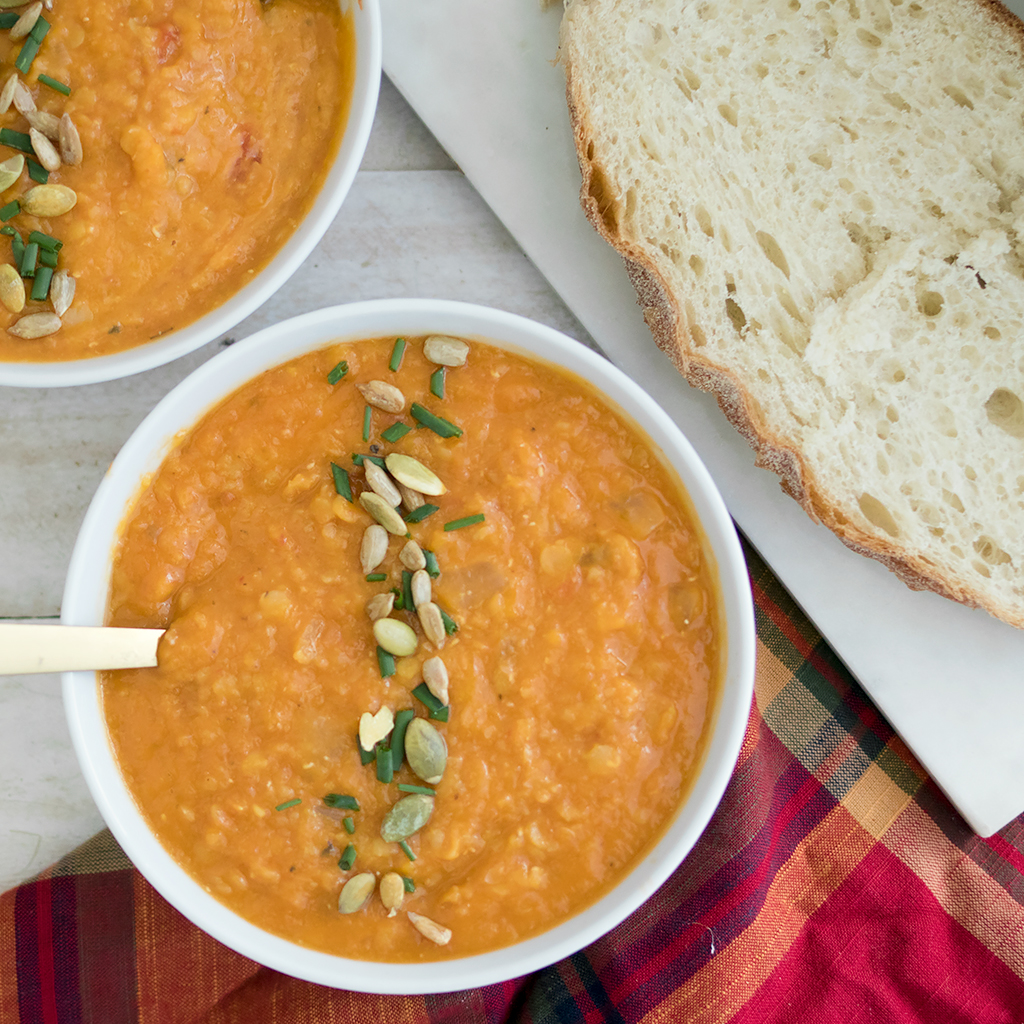 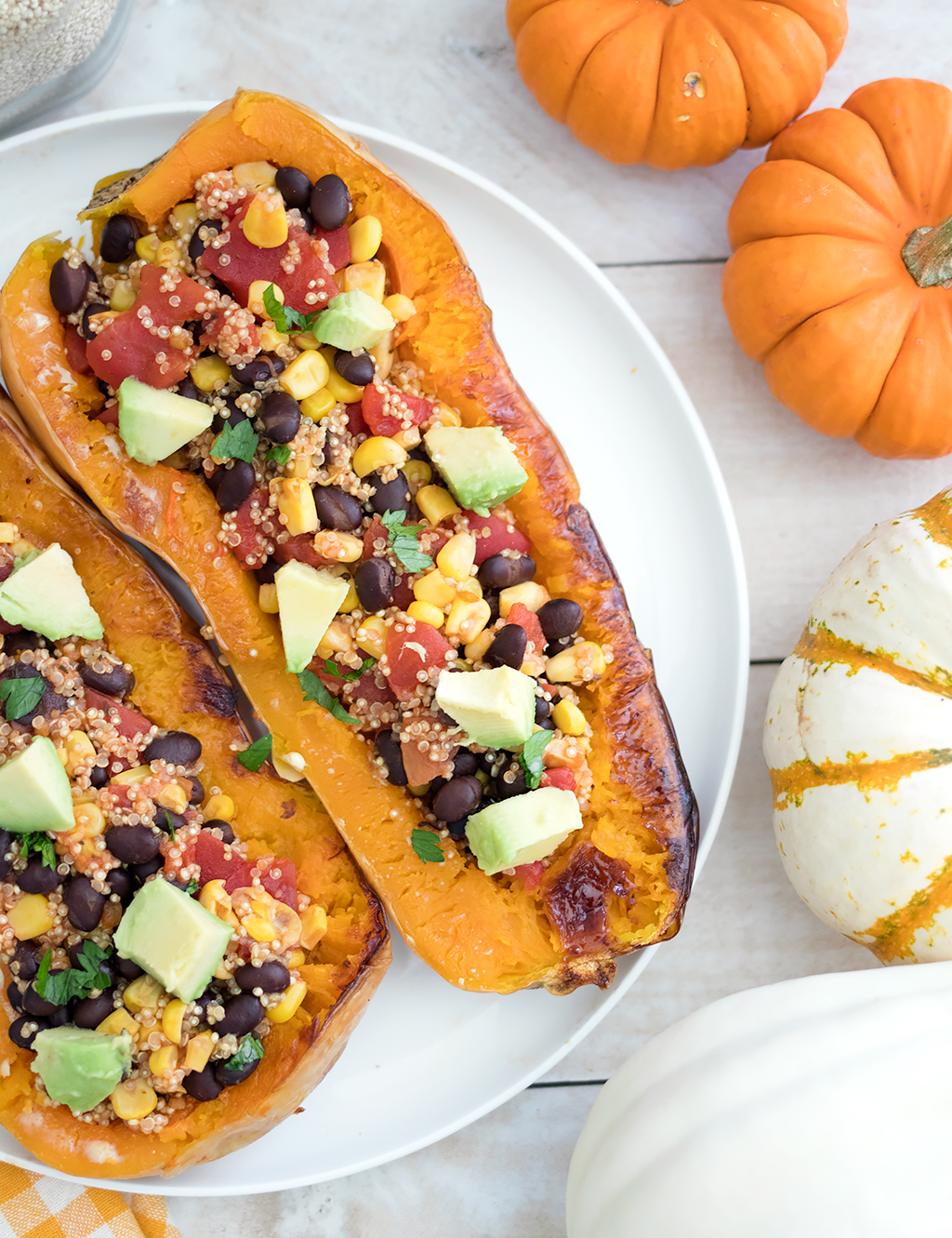 Vegan Stuffed Mexican Butternut Squash- Packed with flavor, this plant-based meal with brighten up any dinner! Fall is the perfect time to stock up on butternut squash! It’s delicious in soup or mashed. My current favorite way to enjoy butternut squash is to stuff it with gains, beans and veggies. This Mexican take on stuffed… 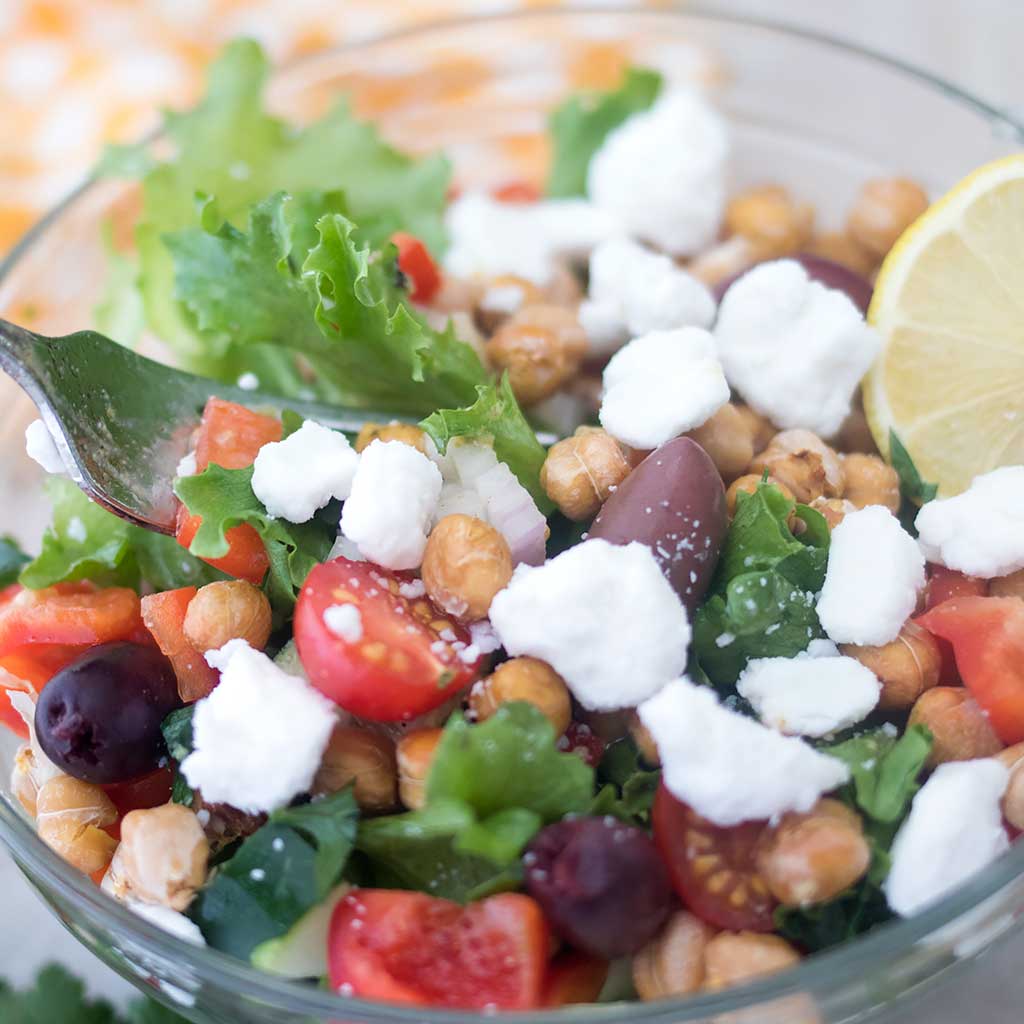 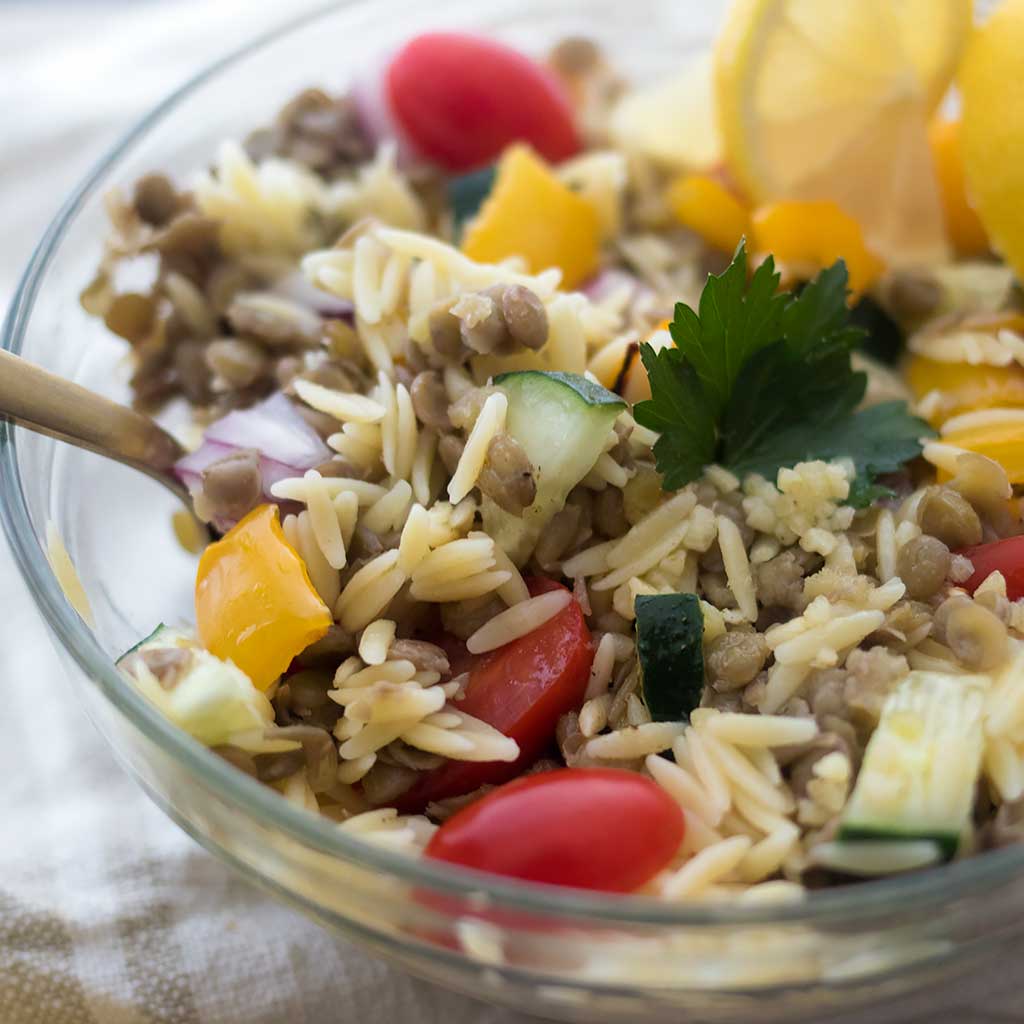 Hearty Vegan Lentil Orzo Salad- This healthy lentil is made with green lentils, crunchy cucumber, sweet red bell pepper, red onion, cherry tomatoes, and a simple lemon dressing. It’s packed with flavor and a favorite for lunch, dinner or meal prep. What is Orzo? Orzo, also known as risoni, is a form of short-cut pasta,…

Vegan Red Lentil Coconut Curry- made in one pot and packed with flavor, this red lentil curry ready in 30 minutes. What are Red Lentils? Red lentils are a quick-cooking legume with a mild, subtly sweet flavor. They break down while cooking, which makes them perfect for savory dishes.. You can use red lentils in soups,… 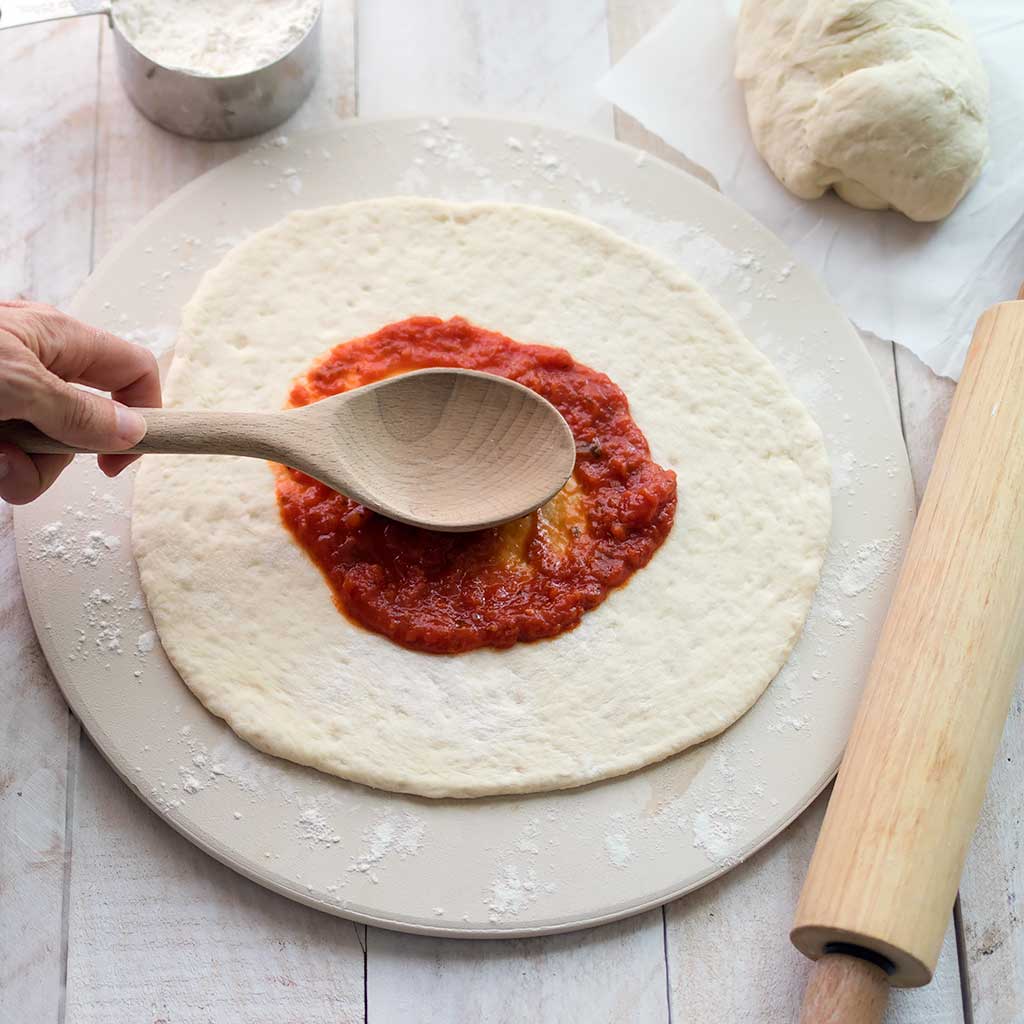 Easiest Vegan Pizza Dough- 6 ingredients and hassel-free. Make the perfect pizza dough every time! Making your own pizza dough can seem intimidating, but it’s actually quite simple! The most important step is mixing the yeast. If the yeast isn’t activated correctly, your dough won’t rise and instead of a fluffy, soft crust it will… 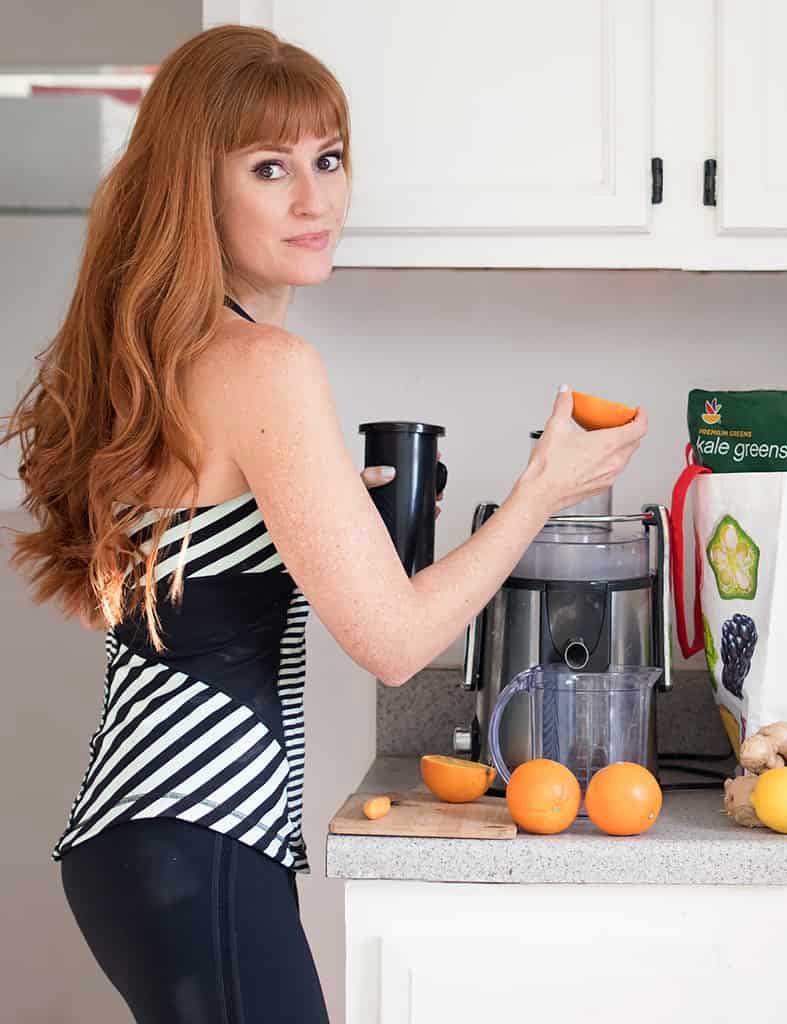